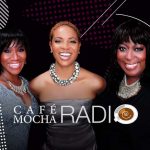 Heavy Hitter DJ Bent Roc is the premiere mix master on NYC’s own 107.5 WBLS. Besides spinning for every event that the radio station produces, he spins weekly on Saturdays 6pm-9pm for his own show called “CLASSIC FLAVORS” alongside his partner in crime The Legendary Chubb Rock! Classic Flavors is a show that provides you with interviews from The Legends, guest performances, classic trivia and non-stop old school Hip-Hop & R&B music. The show reminds everyone where it all started by giving respect and attention to the pioneers of the culture.

Prior to this, DJ Bent Roc was the Music Director, mix show coordinator and morning show personality/on-air mixer on WPHI 100.3 The Beat. He also mixed on their sister station, WRNB 107.9, on Saturday nights 9pm-12midnight.

On Tuesday, June 30, 2009, The Apollo Theatre held a tribute to the late, great Michael Jackson and the Heavy Hitter was called upon to play M.J. music in that special way he does. Every news network covered it live, all day.

Bent Roc is a partner of a production company called Roc Squad Entertainment which produces CLASSIC FLAVORS, as well as old school events at several different venues in and around NYC and other areas. Presently, he is spinning in different venues in NYC like TAJ II, CRIMSON, PANACHE (fka The Uptown Grand), VUDU Lounge, KATRA, TOUCH, M1, PARADISE THEATRE, Stellan Lounge and more.

Bent Roc has been on radio since 1987 and a DJ for over 20 years. He is the recipient of the Billboard Syndicated R&B / Hip Hop Radio Show of the Year award for a show he created and mixed on called The All Star Mix Party. Between 1998 – present, Bent Roc was in NYC on HOT97,98.7 KISS-FM (TWICE), 107.5 WBLS (TWICE) and spent 7 years in Philadelphia as the Music Director, mix show coordinator and morning show personality/on-air mixer on 100.3 The Beat (WPHI). He also mixed on their sister station, 107.9 (WRNB) daily. For a period of time, he traveled back and forth between New York and Philadelphia covering all three stations, WPHI 100.3 The Beat (WPHI-Philly), WRNB107.9 (WRNB-Philly) and 107.5 (WBLS-NY) simultaneously!

There is no stopping this HEAVY HITTER. Stay tuned for more.