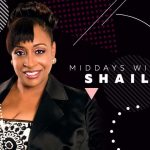 With his trademark catch phrase, “Dahved Levy, rockin’ you! Rockin’ you!” a benchmark in Caribbean radio, Dahved is a trailblazer and innovator in the field of broadcast media. He was the first person to host a Caribbean focused show on mainstream radio in New York. In just four months, his show skyrocketed to the No. 1 program in its time slot. The show’s success led to numerous other radio gigs and he soon became the first announcer/DJ to be on three separate radio stations simultaneously in the competitive New York market.

Possessing an easy charm, quick wit, distinctive voice, and an unabashed preference for the controversial, Dahved skillfully combines talk, humor, newsworthy events, celebrity interviews and music without missing a beat. Risqu? yet informative, he effortlessly captures a wide audience because of his strong knowledge of reggae, soca and the music scene in general. Born in Barbados and raised in London, England, this “Original Rude Bwoy” keeps New York City rockin’ with his untamed bravado and passion for music and culture.

A “radio personality without borders,” Dahved frequently leaves the comforts of his New York studio to experience the different cultures of which he speaks. His travels have brought him to South Africa, Nigeria, Ghana, Senegal, Egypt, Brazil, and the Caribbean. With his new post at Tempo, Dahved expands his legacy even further and sets the litmus test for anyone wishing to embark on a career in broadcast media.