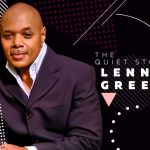 The BLAZE sound caught the ear of then Motown Vice-president of A&R Timmy Regisford, who immediately put them to work on numerous Motown projects. “These guys were making productions that was raw enough to move the club, but they always kept the integrity of the songs.” Regisford on Blaze. By now, the Blaze sound was capturing the spirit of dancers in the clubs and the hearts of radio listeners in NY. With so many original productions receiving commercial success, the team was in high demand as remix producers and overdub musicians for other remixers. As remixers Blaze have work on Diana Ross, Aretha Franklin, Macy Gray, Jamiriqui, Lisa Stansfield, Babyface, Beyonce, Jennifer Hudson, and countless others. As overdub musicians they have worked with DJ/producers David Morales, Frankie Knuckles, Timmy Regisford, Masters at Work and many others. It was at this point Timmy Regisford decided it was time to take it to the next level, he invited Kevin, Chris and Josh to record a full length album for the soul music icon Motown. “25 Years Later” Blazes’ first long player was critically acclaimed upon its’ initial release in ’91 and has since went on to become one of house musics’ classic albums. “This was the first time we had the time and the budget to experiment, with sounds, equipment, and live instruments.” Kevin notes “This project allowed us to try out the song writing and production styles of our musical heroes.” When listening to “25 Years Later” you can hear all of Blazes’ influences as well as their signature soulful house sound. Josh reflects “We really didn’t know what we were doing. We just tried to emulate the productions of artist like Donnie Hathaway, Marvin Gaye, Curtis Mayfield and many others, who created the soul music of the seventies.” What’s most impressive about this work is, they wrote into the lyrics and the interludes a concept, an over riding theme, the story of a slain civil rights leader who was to be the reincarnate of Malcom X.

Louie VegaLuis Fernando Vager, 12 June 1965, the Bronx, New York City, New York, USA. A New York, USA-based DJ, Vega’s career began at high school at the age of 18, after watching his friends spin records. He played high school parties before eventually establishing his own label. He went on to DJ at the Devil’s Nest (regarded as the birthplace of the New York ‘freestyle’ approach, alongside TKA and Sa-Fire), then Hearthrob and 1018. By the time he had reached the 4,000 capacity Studio 54 Todd Terry passed Vega his new mixes to try out on the crowd.

Vega’s first remix job was ‘Running’ by Information Society, then Noel’s ‘Silent Morning’. He even worked teen pop singer Debbie Gibson’s first record. He began his own-name productions with the instrumental ‘Don’t Tell Me’ for SBK Records in 1989 and ‘Keep On Pumpin’ It Up’ (with Terry as Freestyle Orchestra), before signing to CBS Records’ subsidiary WTG Records with Latin singer Marc Anthony. He had previously been commissioned to write songs for the movie East Side Story, where he first met the singer. Together they hooked up for a Latin R&B flavoured album and single, ‘Ride On The Rhythm’, a huge club hit. He also worked with India, his girlfriend, and Todd Terry for the latter’s ‘Todd’s Message’. Together with Barbara Tucker, Vega instigated the Underground Network Club in New York (he also produced several singles for Tucker). Vega’s most recent remix clients include Juliet Roberts, Urban Species and Ursula Rucker.

In addition to infrequent releases under his own name, Vega’s recording aliases have included Caped Crusaders (with Terry), History (with Q-Tee), River Ocean (with India), Sun Sun Sun (with Lem Springsteen), Lil Mo Yin Yang (with Erick Morillo), Lood (with Mood II Swing), and the Chameleon. Despite this background as an established house star, Vega is probably best known now for his ongoing work alongside Kenny ‘Dope’ Gonzalez as half of the legendary Masters At Work remix team. The duo has also recorded together as the Freestyle Orchestra, Sole Fusion and Hardrive, and collaborated with several Latin jazz stars on the NuYorican Soul project.

Vega is not to be confused with Chicago house veteran Lil’ Louis, or, for that matter, with the Louie Vega who remixed for Lakim Shabazz, despite the fact that both shared the same management.