Lee also appears frequently in the Harlem community as the host of live music and other events, such as Harlem Summer Stage and classic soul programs at the Apollo Theater featuring Regina Belle and Jeffrey Osborne. In addition, his strong ties to the community are reflected in his many charitable endeavors. Among other activities, Lee is a founder and board member of the Make The Grade Foundation, a not-for-profit organization that provides mentoring and aid to school children. Lee also helps college students interested in radio careers by serving as a mentor for “Table for Two,” a weekly music program which broadcasts from WLIU 88.1 FM radio in Brooklyn and which is staffed by interns from Long Island University. Finally, he is also involved in corporate speaking and promotional work for businesses with an interest in the welfare of the community. 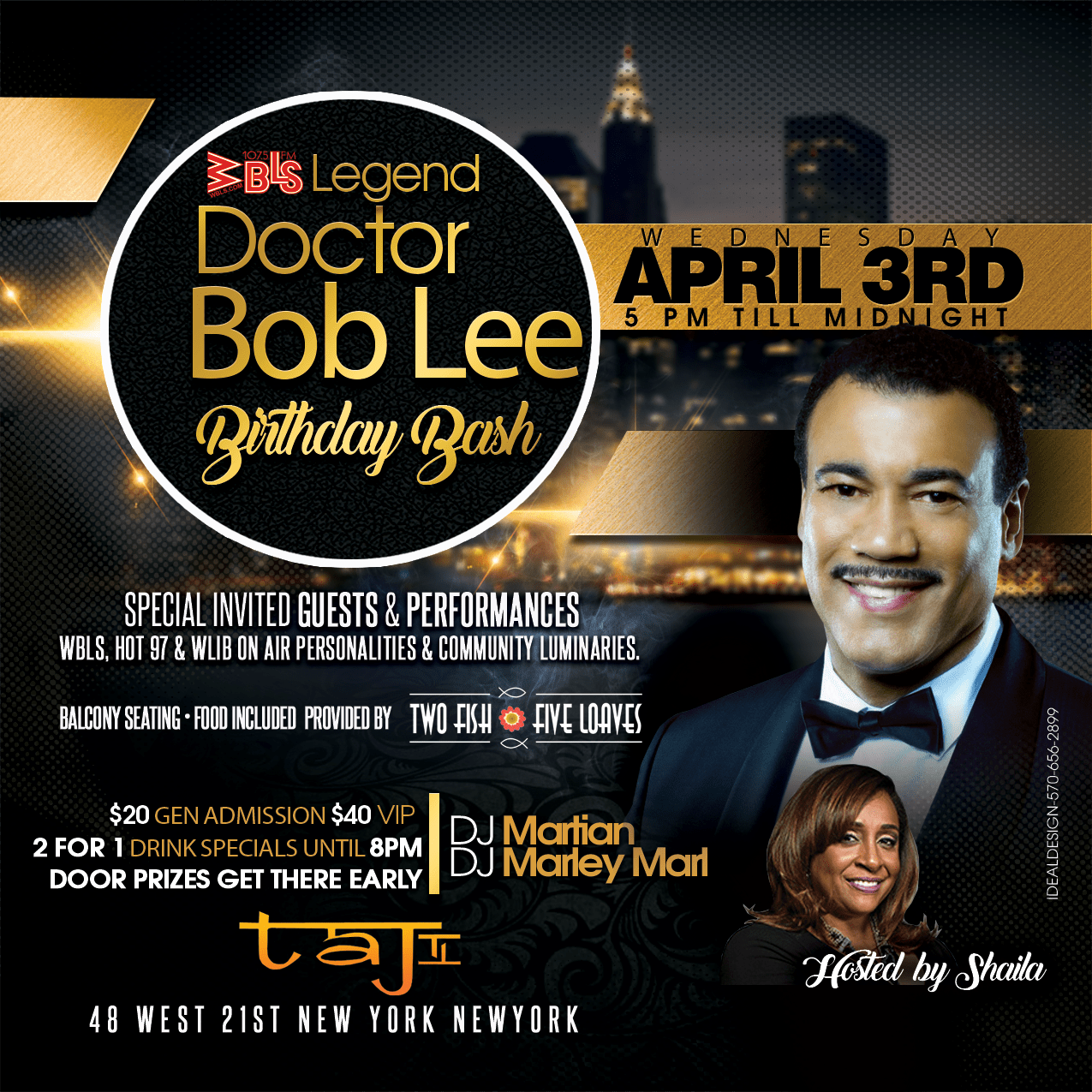 2 For 1 Drink Specials Until 8pm

Door Prizes Get there early

Dr. Bob Lee, Founder of the Make the Grade Foundation, presents his annual Make the Grade Awards as he honors influential community leaders impacting their communities one area code at a time as they provide the resources for parents, teachers, and other leaders to help our youth make the grade.