These Beehive members paid homage to the “Flawless” soul singer.

Most New Yorkers flee to the Hamptons to sip Rosé while watching the waves of the beach, others go to pay tribute to Beyoncé’s iconic cultural moments. That is what Kisha Marte and her friends did this holiday weekend.

Sharing the same birthday as Queen Bey, September 4th, Kisha decided to celebrate her 35th with a Beyoncé themed party. She and her closest friends gathered in the Hamptons sporting outfits from the Black is King album to Bey’s 2005 classic, “Check on It”. However their homage didn’t stop at outfits. The tribute commenced early in the day at Red Lobster, the seafood chain restaurant the singer shouted out in “Formation”. During the party, they recreated Beyonce-like moments from her iconic videos.

There was also a Beyoncé flashmob of three of her legendary dance performances: Crazy in Love, Single Ladies, and Everybody Mad Coachella version.  The guests quenched their thirst with Beyoncè themed drinks: Dirty Lemonade, Pretty Hurts and De Ja Vu. The beehive members also strut-walked around the pool to “Run the World” and ate Beyoncé themed cupcakes. 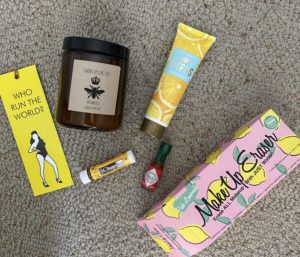