A movie with Jonah Hill and Eddie Murphy ay the helm probably wasn’t on anyone’s 2022 bingo card but it’s here! Netflix just released the trailer for You People and fans are already in stitches.

The Kenya Barris feature directorial debut film is loosely based on the 1967 film Guess Who’s Coming to Dinner. It follows a young couple as they realize their cultures clash when they meet each other’s families.

The film, written by Hill and Barris, features a Jewish man named Ezra from Los Angeles who falls in love with a Black woman, played by Lauren London,  who is from a different part of LA and comes from a Muslim upbringing.

When discussing the film with Complex, Barris discussed the impact of his work and contribution to cinema. “You saw Entergalactic. Being able to work with those people and get those types of things, and really keep trying to challenge and do different things that feel like they take the voice of what would’ve been considered a ‘Black movie,’ what would’ve been a Black animation piece and push out those boundaries and make it for everybody,” he said. “How do we make things from people who might have been niched into a real sort of segmented thing and make it really mainstream and popular?” 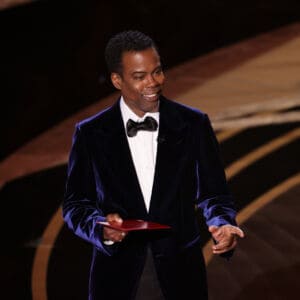