Every January 20th we celebrate National DJ day. DJs have had a tremendous influence on music for decades. Their efforts have helped with the growth of many genres. Hip-hop, EDM, house, and more wouldn’t be what they are without the influence of the DJ. They have held the culture of music quite literally at their fingertips throughout the years.

DJs have even helped with the making of today’s most popular music. In fact, did you know that there are several of our favorite music producers who started out as DJs? Don’t worry, we’ve got you with this week’s In Case You Didn’t Know.

Grammy award-winning producer Swizz Beatz actually got his start as a DJ. His father gave him equipment as a teenager and his DJ career took off. It was only when he turned 16 that he began producing tracks, Eventually, he sold his first beat to the late, DMX. The beat ended up becoming the chart-topping single, Ruff Ryders’ Anthem.

Dr. Dre is not only known for his work in bringing west coast hip-hop to the forefront. He also started his career as a DJ. He often attended a club called Eve After Dark to watch DJs and rappers perform. Eventually, he began spinning there himself. His original DJ name was Dr. J, based off of his favorite basketball player, Julius Erving. He later changed it as he began growing out of his DJ phase, to Dr. Dre, a mix of his original moniker and his legal first name, Andre.

Before he became the king of crunk music, Lil Jon got his start behind turntables. He taught himself how to DJ at the age of 15. His parents supported his interest in DJing by allowing him to have house parties in the basement of their home. Eventually, he became an in-house DJ at a popular Atlanta nightclub, Phoenix. There he was able to create relationships with top artists, including Jermaine Dupri, who gave him his first big break.

This may not be a surprise to you as Lil Wayne’s Go DJ was produced by our next celeb. Cash Money’s own Mannie Fresh began his career as a DJ. At the age of 15, he became the official DJ for New Orleans hip-hop crew, New York Incorporated. After DJing for about a decade and producing music, he met Bryan Christopher Williams a.k.a Birdman. Williams gave him the opportunity to join Cash Money Records as their in-house DJ.

Our next person isn’t necessarily a producer, nor did they start out as a DJ. However, she is definitely someone you may not have known to be behind the booth. The woman you all may know as Erykah Badu, is also a DJ! When she is behind the ones and twos, you cannot address her as Erykah but as her DJ alter ego, Lo Down Loretta Brown. She debuted her DJ counterpart around the 20th anniversary of her album, Baduizm, in 2017. She has said that being a DJ connects her to the audience in a different way than being an artist. It makes her feel like she is free from herself. 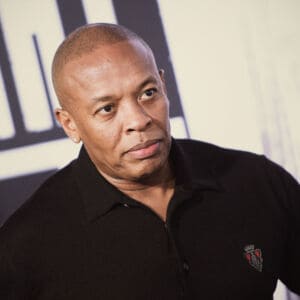