Our girl Tiffany Haddish is ready!

The actress revealed this week that she will play the fastest woman in the world, Olympic icon Florence Griffith Joyner, who is also known as “Flo Jo”.

Haddish will also produce the film. The feature “will chronicle the remarkable life and untimely death of the global track and field superstar, not only showcasing Flo-Jo’s dominant and historic Olympic performances, but also her enduring impact on the entire world of sports and in the communities that needed her help and inspiration the most.”

Game1 co-CEOs Basil Iwanyk and Greg Economou will also serve as a producer on this project. In a statement, Haddish says:

“I am looking forward to telling Flo-Jo’s story the way it should be told. My goal with this film is making sure that younger generations know my ‘she-ro’ Flo-Jo, the fastest woman in the world to this day, existed.” 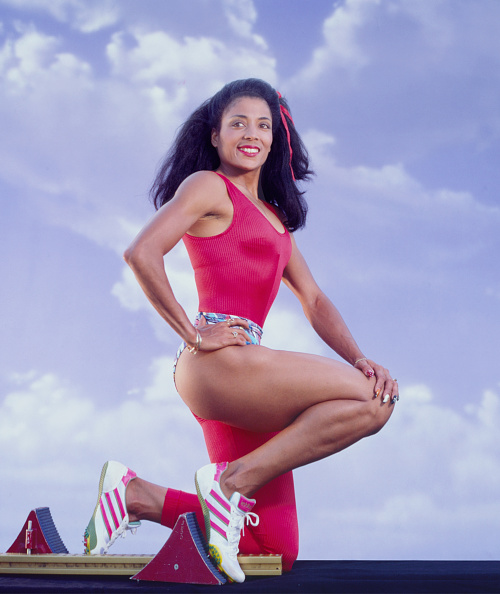 Flo-Jo remains the fastest woman in the world, having secured world records in 1988 for her times in the 100- and 200-meter races in track and field. She died in her sleep from an epileptic seizure believed to be caused by an abnormality in the blood vessels in her brain a decade later.