Michael Jordan’s ‘The Last Dance’ docu-series has been keeping everybody entertained while we’re all home quarantining.

On Sunday’s episode of the ESPN series, we got a chance to see what Dennis Rodman’s career was like. The episode showed pictures of women he was running around with back in the day and aside from Carmen Electra, and Vivica A. Fox, we also have seen him bae’d up with his rumored former girlfriend, Toni Braxton.

The pic had the whole internet shocked!

Toni was clearly tuned into the series, as she took to her own social media to shut the rumors down. She posted a photo of the two at the 1996 VMA’s and captioned it, Even though @dennisrodman was kinda hot in the 90s, I never dated Dennis Rodman…”

Welp! The rumor was fun while it lasted. 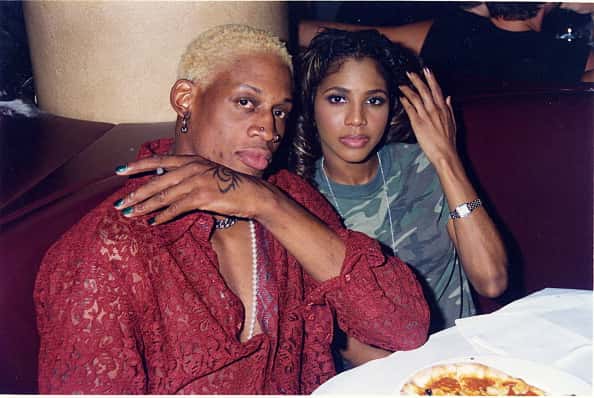