Communities across the nation are demanding answers after learning the story of Ahmaud Arbery.

Ahmaud Arbery (25) was running down the street in the city of Satilla Shores neighborhood on February 23 when he was spotted by Gregory McMichael. McMichael, who is a former cop and investigator was sitting in his son’s (Travis) front yard.

According to reports, the two white men suspected that Arbery who is black could be connected to some of the past thefts that took place in their neighborhood. McMichael and his son Travis grabbed their weapons and followed Aubery. They were also joined by their neighbor, William Bryan. 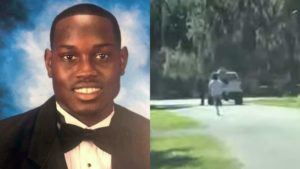 Aubery was soon confronted by all three men. According to The DailyBeast.com,

The police report from McMichael’s, Arbery turned toward Travis McMichael’s truck as he stopped and exited, and struck Travis. A video that circulated widely on Tuesday—and that Arbery’s aunt, Thea Brooks, said depicted her nephew—shows a black man and white man struggling both on and off-screen as shots ring out. But the video’s provenance, and whether it was the same footage shot by Bryan that was cited by a local prosecutor—who initially declined to press charges in connection with the shooting—was unclear.

Glynn County Coroner’s office state that Arbery was struck by two bullets and died in the middle of the street. As of right now, no one has been arrested nor charged. Reports have also revealed that District Attorney Tom Durden will now present the case to a grand jury.

“My kid was murdered. That’s all I can say. He ran like that every day – all his life. He ran in his neighborhood and that one too. That’s the only place he ever had a problem.” 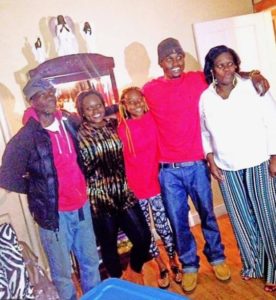 The Georgia Bureau of Investigation requested to assist in the investigation and believes justice will be served.

“Director Reynolds has offered resources & manpower to D.A. Durden to ensure a thorough, independent investigation into the death of Ahmaud Arbery,” Gov. Brian Kemp said in a tweet.

“Based on the video footage and news reports that I have seen, I am deeply concerned with the events surrounding the shooting of Ahmaud Arbery,” Georgia Attorney General Chris Carr said. “I expect justice to be carried out as swiftly as possible, and I stand ready to support GBI Director Reynolds, DA Durden, and the local community.”

There is a video currently circulating on the web of the shooting. Who recorded the video remains unclear but in the clip you see Arbery running as he gets confronted by the two men.

“I don’t know who shot the video. I have an idea because he is mentioned in the police report listed as a third party. But I have not confirmed that he was the one who actually recorded the video.”

Below is the footage of the horrific encounter, WARNING very disturbing images.

Our thoughts and prayers are with Arbery’s family and friends.