Not only did American’s from all over the United States celebrated our new president-elect, Joe Biden’s victorious win! Kamala Harris made history as the first Black and Asian American to be vice-president-elect and Harris made sure to acknowledge the driving force behind it all: minority women, especially black women. 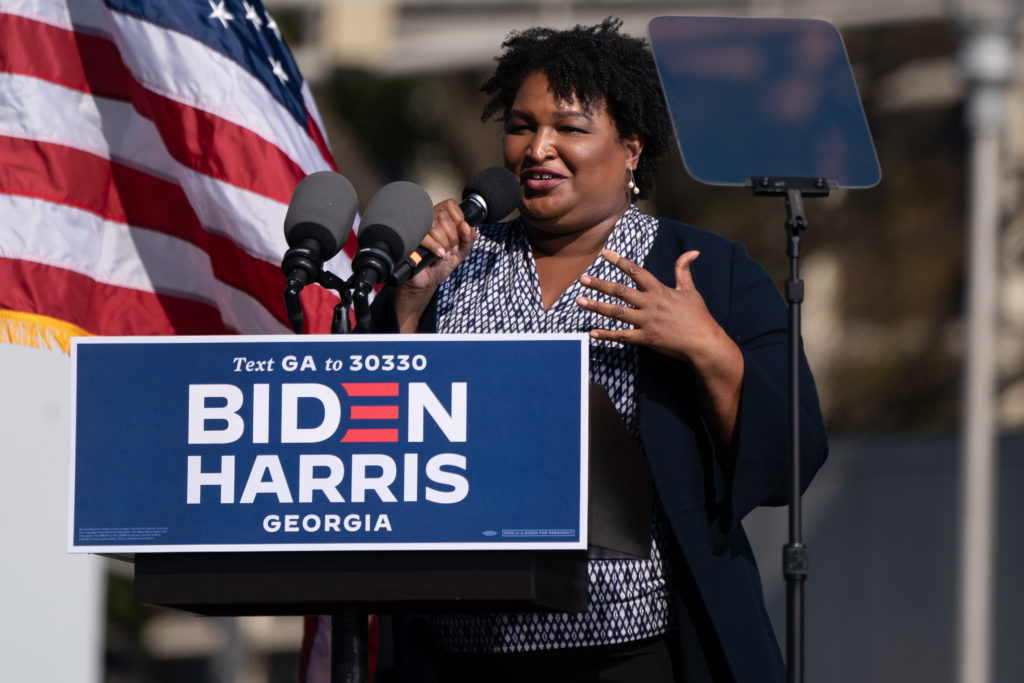 The state of Georgia was blue and this is due to Stacey Abrams ushering in a whole new political era. Abrams made it her mission to encourage people to register to vote all while proving why our vote matters! According to RollingStone.com, in 2020, Georgia Democrats hadn’t won a race for statewide office in four years or a presidential contest since 1992. This, however, did not stop Abrams from pushing the envelope!

“She put together a 21-slide Power-Point plotting how Democrats could reclaim power. Methodically, over the course of the next decade, she worked to implement that blueprint, helping to register and educate — and reregister, when they were purged from the voter rolls by then-Secretary of State Brian Kemp — hundreds of thousands of voters in Georgia. A year ago, Fair Fight, the voting-rights organization Abrams founded, filed an emergency motion in court that stopped some 22,000 more voters from being purged.” 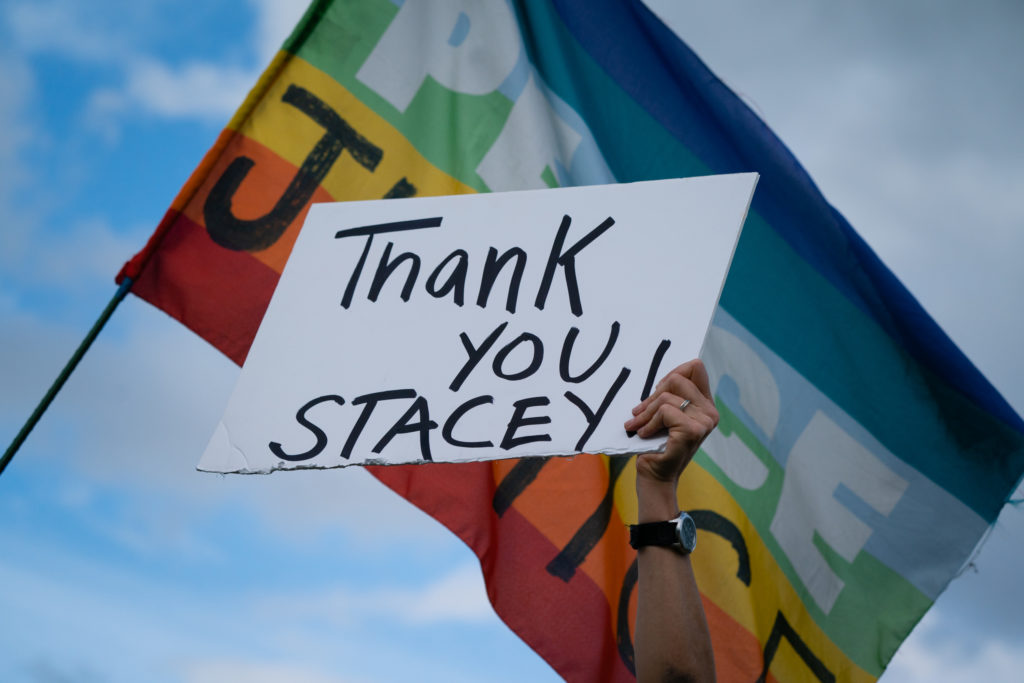 During a recent interview with the media outlet, she was asked: What did it feel like on the Friday of election week, to finally see Georgia flip from red to blue in real-time?

I wouldn’t say it was anticlimactic, but it was not unexpected. We kept a very careful and close eye on the numbers coming in, and by Tuesday night we had a pretty good sense that we were likely going to win. By the time it actually happened on Friday, it was more just a sense of relief: We thought we could do it. We knew we could do it. Oh, thank God, we did it.

Yes, we did!! We salute you, Stacey Abrams!